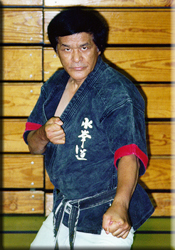 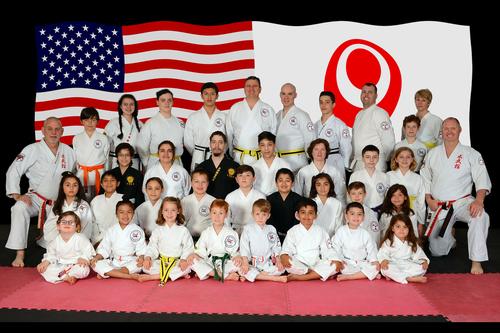 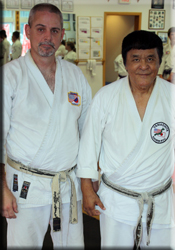 Yamashita-Sensei is highly recognized as a leading authority in the martial arts, his accomplishments not only include his study with several notable high ranking masters such as Chibana-Sensei, Nakazato-Sensei and Matayoshi-Sensei. He is also well known for his explosive open hand techniques, Sensei combines many progressive fighting tactics with traditional aspects of Karatedo, thus resulting in a devastating fighting system.  Sensei's dynamic fighting system known as "Suikendo," which translates to, "fist flowing like water." This non stopping flowing system of fighting, allows the karateka to simultaneously block and strike his opponent with blinding speed and accuracy.

Tadashi Yamashita-Sensei, has dedicated over 60 years of his life to the practice Okinawan Karatedo and Kobudo.  A highly respected man in all circles of the martial arts, Yamashita-Sensei is sought after for Karatedo and Kobudo seminars from all over the world.  He currently retains the rank of 10th degree black belt in Okinawa Shorin-ryu Karatedo and 10th degree black belt in Zen Okinawa Kobudo.  Sensei is also the President, Director and founder of the Yamashita International Budo Association which incorporates Yamashita Shorin-Ryu Karate, Yamashita-Matayoshi Kobudo and Sensei's Suikendo Fighting System.